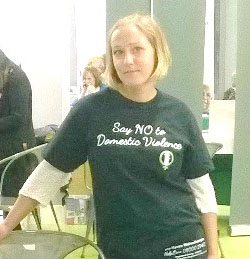 Linda is originally from Latvia and has been living in England for over 6 years with her young daughter Liene.

Her Partner was controlling and manipulative. He had a history of drug and alcohol abuse. Linda said that their relationship was toxic and he had not only ruined her life, but his own as well.

She knew she had to leave the relationship and contacted The Haven in 2011. At first, Linda felt alone with no family or friends for support. Soon she realised that was not the case.

‘I was not alone and I met wonderful people at the Haven’.

The only problem was the language barrier which forced Linda to stay in her room most of the time, until the residents started to come to her. Linda said they were very kind and supportive. They made her feel welcome and made her determined to turn her life around. Linda moved into her own property a few months later. She was very happy, but also apprehensive about leaving The Haven.

‘The women from The Haven Refuge are like my family and I will miss them. I loved them, but I had to leave and make a new life for myself and my daughter’. 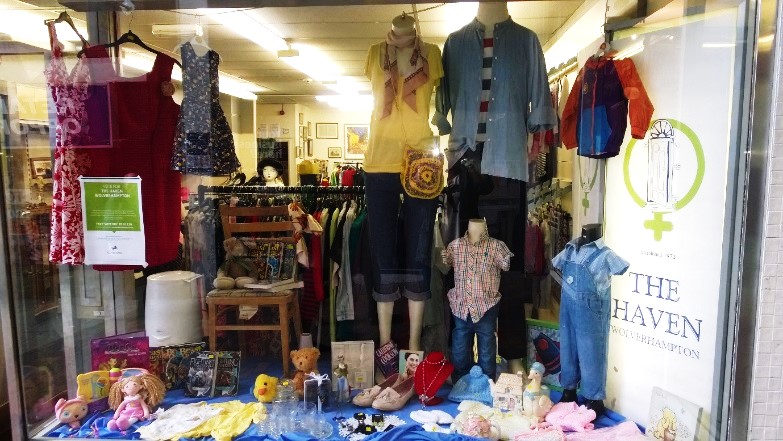 Linda knew that she had to change her life. Despite her lack of confidence and the language barrier Linda started attending sessions at the Women’s Resource Centre and became a volunteer. Linda was scared of all the challenges ahead of her, but continued volunteering at The Haven Charity Shop. Over the course of a year, Linda’s confidence grew and her English improved immensely. Linda became a different woman, not afraid to face the challenges that lie ahead. By working at the charity shop Linda said that she and the other volunteers had created wonderful community feeling, where everybody could receive appropriate help, advice and guidance.

See what our latest events are at the moment!

We use cookies on our website to give you the most relevant experience by remembering your preferences and repeat visits. By clicking “Accept”, you consent to the use of ALL the cookies.
Cookie settingsACCEPT
Manage consent